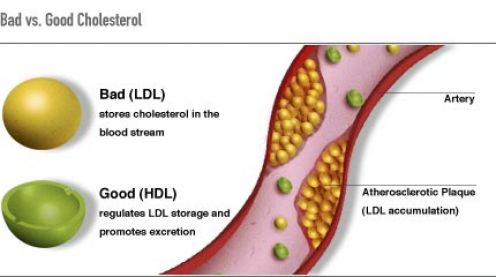 CHOLESTEROL: Americans have become so conditioned to avoid all foods containing cholesterol.  This is a grave mistake as it places a much bigger burden on the body….

I am concerned at the alarming rate of clients that are on Statin medications because they have been told their cholesterol levels are out of control.  Yet I dig into the Statin industry and realize they have enjoyed at least a 30 yr. run of steadily increasing profits, as it finds ever more ways to justify expanding the definition of the segment of the population that qualifies for statin therapy.

Now in DEFENSE of these wonder drugs: Large, placebo-controlled studies have provided evidence that statins can substantially reduce the incidence of heart attack.  High serum cholesterol is indeed correlated with heart disease, and statins, by interfering with the body’s ability to synthesize cholesterol, are extremely effective in lowering the numbers.  Heart disease is the number one cause of death in the U.S. and, increasingly, worldwide.  What’s not to like about statin drugs?

Realizing I am not alone as I begin to question how beneficial reducing one’s cholesterol using drugs can be to a persons health, being that the body actually produces LDL, it serves a purpose!  Then I stumble upon Stephanie Seneff, Ph.D. who writes: “I have spent much of my time in the last few years combing the research literature on metabolism, diabetes, heart disease, Alzheimer’s and statin drugs.  Thus far, in addition to posting essays on the web, I have, together with collaborators published two journal articles related to metabolism, diabetes and heart disease (Seneffl et al., 2011) and Alzheimer’s disease (Seneff2 et al., 2011).  Two more articles, concerning a crucial role for cholesterol sulfate in metabolism, are currently under review (Seneff3 et al., Seneff 4 et.al.).  I have been driven by the need to understand how a drug that interferes with the synthesis of cholesterol, a nutrient that is essential to human life, could possibly have a positive impact on health.  I have finally been rewarded with an explanation for an apparent positive benefit of statins that I can believe, but one that soundly refutes the idea that statins are protective.  I will, in fact, make the bold claim that nobody qualifies for statin therapy, and that statin drugs can be best described as toxins.”

She started to examine the claims that statins would cut the incidence of heart attacks by a 3rd.  What does that mean?  Well according to Seneff a meta-study reviewing seven drug trials, involving 42,848 patients, ranging over a three to five year period, showed a 29% decreased risk of a major cardiac event, this was recorded (Thavendiranathan et al, 2006).  But the thing is, heart attacks were rare among this group, so what this then translates to in absolute terms is that 60 patients would need to be treated for an average of 4.3 years to protect one of them from a single heart attack.  However, essentially all of them would experience increased frailty and mental decline.

Seneff states that the impact of the damage due to the statin anti-cholesterol mythology extends far beyond those who actually consume the statin pills.  Because Cholesterol has been demonized by the statin industry, and as a consequence American have become conditioned to avoid all foods containing cholesterol.  Which is a huge MISTAKE, because it places a bigger burden on the body to synthesize sufficient cholesterol to support the body’s needs, and it deprives the body of several essential nutrients.

Does anyone remember the “attack” against eating EGGS, eat only the whites, toss out the yolks because it will raise your cholesterol!  When in fact eggs ARE very healthy and it’s the YOLK that contains all the important nutrients.  It’s the yolk that allows the chick embryo to mature and grow into what we call a “chicken”.

Many of my clients will bring copies of current lab work with them to our consultation.  I am beginning to believe that this issue is becoming wide-spread, so many are struggling with being deficient in crucial nutrients:
*choline
*zinc
*niacin
*Vitamin A
*Vitamin D
Funny thing is that from a food perspective all the foods that naturally contain these crucial nutrients are ones that they have been advised to avoid consuming because they contain cholesterol.

Let me hit you with some EDUCATION about the roll cholesterol plays in the history of what you call your HEALTH:

Cholesterol is NOT the enemy, it is truly a remarkable element that truth be told without it, the human body can’t live!  There are some distinguishing factors that us mammals have as an advantage over plants:
1. A nervous system
2. mobility
3. cholesterol

Cholesterol, absent from plants, is the key molecule that allows humans and animals to have mobility and a nervous system.  Cholesterol has chemical properties that are very unique, these are exploited in the lipid bilayers that surround all animal cells:  as cholesterol concentrations are increased, membrane fluidity is decreased, up to a certain critical concentration, after which cholesterol start to increase fluidity (Haines, 2001)( I’m tossing in these references lest you think I’m pulling this stuff out of thin air).

The Cells exploit this property to a wonderful advantage for ion transport, which is essential for both mobility and nerve signal transport. (If the nerves cannot send a signal, guess what NOTHING is able to be mobile, meaning US!)

In addition to the role of ion transportation, cholesterol is also the precursor to vitamin D3; the sex hormones, estrogen, progesterone, and testosterone; and the steroid hormones such as cortisol.  So let me ask you, how many folks who have been taking statin meds for any extended length of time find that they cannot keep their vitamin D3 levels elevated to where it should be? Or how many find their sexual urges seem to have packed their bags and headed to unknown lands?  Who finds that their muscle and joint inflammatory issues seem to climb onto the scene because there is now an imbalance in their cortisol production which then begins to affect their blood sugar levels as well as blood pressure and I can continue to pinpoint more in the domino decline.

You see Cholesterol is ABSOLUTELY essential to the cell membranes of all of our cells, where it protects the cell not only from ion leaks, but also from oxidation damage to membrane fats.  While the brain contains only 2% of the body’s weight, it houses 25% of the body’s cholesterol.  As a matter of fact; cholesterol is VITAL to the brain for nerve signal transport at synapses and through the long axons that communicate from one side of the brain to the other.  Cholesterol sulfate plays an important role in the metabolism of fats via bile acids, as well as in immune defenses against invasion by pathogenic organisms.

I know I’m tossing a whole bunch of technical stuff at you, however, I think many folks need to be able to understand the vital role cholesterol actually plans in the total scope of “health.”

Statins inhibit the action of an enzyme, HMG coenzyme A reductase, that is needed as a catalyst in an early step in the 25-step process that produces cholesterol.  This step is an early step in the synthesis of a whole bunch of other powerful biological substances that are involved in cellular regulation and antioxidant effects.  One of these which you have heard and seen me talk about on frequent posts, “coenzyme Q10”, which is present in the greatest concentration in the heart, which plays a huge role in mitochondrial energy production and acts as a powerhouse antioxidant (Gottlieb et al, 2000)

Most folks have to taught to focus and worry about elevated serum levels of low density lipoproteins (LDL), with respect to heart disease.  LDL is not a type of cholesterol, but rather can be viewed as a container that transports fats, cholesterol, vitamin D, and fat soluble antioxidants to all the tissues in the body.  These are NOT water soluble nutrients so they must be packaged up and transported inside the LDL particles in the blood stream.  If you interfere with the production of LDL, you then reduce the bioavailability of all these nutrients to your body’s cells.

LDL particles also contain a special protein called “apoB: that enables LDL to deliver it’s goods to the cells that are in need.  ApoB is vulnerable to attack by glucose and other blood sugars, especially fructose.  Diabetes results in an increased concentration of sugar in the blood, which further compromises the LDL particles by gumming up apoB.  Oxidized and glycated LDL particles become less efficient in delivering their contents to the cells.  So they stick around longer in the bloodstream, and the measured serum LDL level goes UP.

LDL particles which are produced by the liver, synthesizes cholesterol to insert into their shells, as well as into their contents.  The liver is responsible for breaking down fructose and converting it into fat (Collison et al, 2009).  Fructose is 10X more active than glucose at glycating proteins, and is therefore very dangerous in the blood serum (Seneff1et al., 2011).  When you eat a lot of fructose (like high fructose corn syrup present in lots of processed foods and carbonated drinks), the liver is burdened with getting the fructose out of the blood and converting it to fat, and it can not keep up with cholesterol supply.  Like Stated before, fats can not be safely transported if there is not enough cholesterol.  the liver has to ship out all that fat produced from the fructose, so it produces low quality LDL particles, containing insufficient protective cholesterol.  So you end up with a really bad situation where the LDL particles are vulnerable to attack, and attacking sugars are readily available to do damage.

COCONUT WATER AS EFFECTIVE AS STATIN DRUG:
A recent study indicated that coconut water contains many nutritional and therapeutic properties.  a natural acid and sterile solution that contains several biologically active components:
* L-arginine
*ascorbic acid
*minerals like calcium, magnesium and potassium
all of which have beneficial effects on lipid levels.

I know this is long, and I plan on continuing tomorrow on how Statins affect the muscles … so tune in tomorrow.

If you’d like some help and assistance with navigating your nutritional battle plan,   everything in the body function serves a particular purpose.
you can go to http://www.jodibarnett758.com and schedule a consult which we can do in person, via the phone, or email.

I am a Doctor of Naturopathy, BCHHP; passionate about helping others improve the quality of their health by empowering them with knowledge of how to incorporate a more natural/holistic approach towards better quality of health. View more posts